Women and Football : one more victory 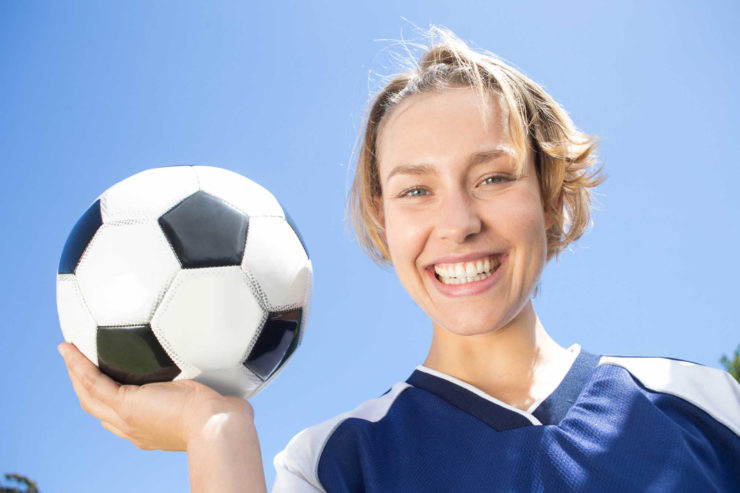 2019 sure is a glorious year for women’s football. Over the months of June and July of this year, we will bear witness to the eighth tournament since the very first Women’s World Cup competition in 1991. But it hasn’t always been like this; in the early days of football, women were not allowed to compete or play professionally.

In 1991, the Fédération Internationale de Football Association (FIFA) founded the Women’s World Cup, an international football competition exclusively for women. This happened following several major historical events that pulled the world of football into being recognised as a sport that women could participate in as much as men. In 1921, a ban was placed on women participating in football on FA grounds. This ban would last for 50 years. It was attributed at the time to a perceived threat to the masculinity of the sport. Despite the fact that in reality, women all over the world have been playing football for as long as the sport has existed, they were banned from the sport after the first World War. This is probably due to the fact that while men were on call at the front lines, women had to take up the labour they had left behind. And of course, that included football. The number of women playing (and watching) the sport boomed, and this was seen as a threat to the sport’s masculine image. Some even described it as distasteful, or an inappropriate activity for females.

In an almost immediate response to the ban, The English Ladies’ Football Association Challenge Cup was formed. Since they had formed their own football association, there was no one to stop them from playing. A silver cup was donated and they hosted their own competition in 1922, to which 24 teams entered. Between 1937 and 1971, several women’s football events lead to the accumulated popularity of women’s football as a sport, until the FA ban was finally lifted. The window of opportunity for women’s football to become a professionalism finally opened, and around 1971, the first professional women’s football teams emerged, with Italy as the very first country to have one.

Women’s football is now more popular than ever, with TV audiences of hundreds of millions of people. Despite its growing success, however, female football professionals still struggle for equal pay and opportunities. There has been a kind of paradox in the popularity of women’s football; almost half of the population say they would consider watching women’s football, yet stadium attendance for the sport has often been low. However, recent attendance numbers have been the greatest ever. Average stadium attendance in Canada was around 26,000 per game in 2015. Perhaps this next big competition will be another turning point?

The FIFA 2019 Women’s World Cup will be hosted by France, and take place between June, 7th and the July, 7th. Whether you are attending, or planning on watching at home on the TV, it is sure that you will feel the rumble of history in the making with each and every goal.