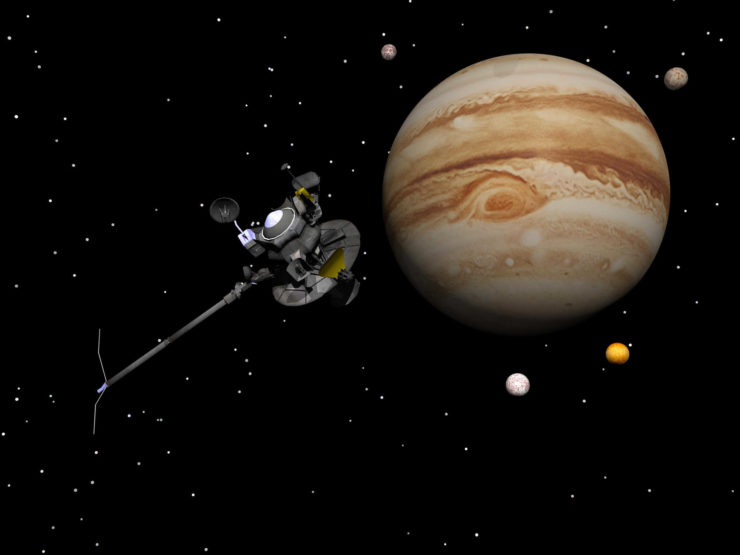 This is very interesting, it should fascinate any human being reading/ finding out about it for the first time. Two spaceships, two phonograph records. Voyager golden records are two phonograph records that are aboard two voyager spaceships in space which contains various pictures, movies, music, documentaries that depict the existence of human activity on earth. It is a way of protecting human history in a case where extinction takes place and also a means of awareness to any life-form out there of the existence of human beings. The records contain sounds and images selected to portray the diversity of life and culture on Earth, and are intended for any intelligent extraterrestrial life form, or for future humans, who may find them.

NASA team placed a message within Voyager 1 and 2 spacecrafts, in order to potentially ship a story of our planet to extraterrestrials. There was a message aboard by the American President, Jimmy Carter – ‘This is a present from a small distant world, a token of our sounds, our science, our images, our music, our thoughts and our feelings. We are attempting to survive our time so we may live into yours.’

These records are said to be in the interstellar space already, this is a region between stars where galactic plasma is present. Voyager 1 is known to be the farthest human invention from earth. An American scientist named Carl Sagan although linking the idea of sending this records into space to the drop of a bottle into the cosmic ocean, see it as a big step by human existence.

On the voyager records were pictures, music, movies etc. which we picked by humans like myself in a team chaired by Carl Sagan. Most of the pictures present on those records were scientific, contains various depictions of science, depictions of humans as well as animals. Some of the music present in these records are very popular on earth, and the artists behind these music are popular artists including composers such as J. S. Bach, Mozart, Beethoven and musicians including the great Chuck Berry, Blind Willie Johnson, Guan Pinghu and so on. The inclusion of Chuck Berry’s ‘Johnny B. Goode’ was said to be controversial, as they said rock music is adolescent, however Carl Sagan made a very important point saying a lot of things on the planet is adolescent, which is very true.