Why America is a strong basketball nation ? 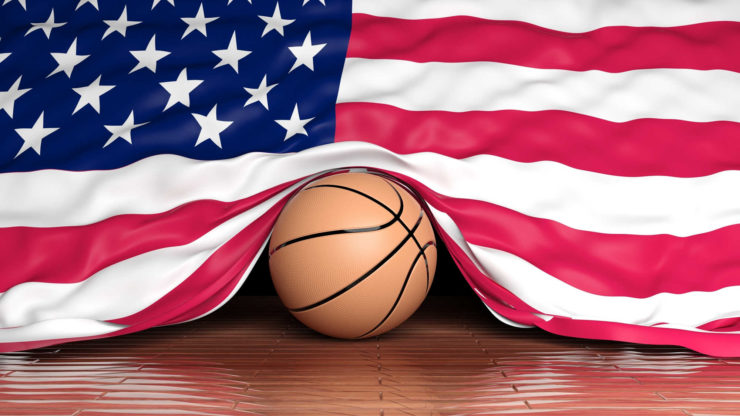 America has dominated the olympic games for basketball for years, winning 15 out of the 18 tournaments they have participated in for men and 8 out of 10 of the tournaments for women. But why is this the case? Well, there are a few reasons:
The NBA and NCAA are organizations that promote both professional and amateur basketball players, and get their foot in the door for national and even global competitions. According to Statica.com, the NBA made $8.01 billion dollars in the 2017-2018 season. The average player makes around $6-7 million just from the NBA alone. Other stars, such as Lebron James, have transitioned into other areas, such as acting. Lebron has starred in a viral commercial promoting Sprite Cranberry. While increasing the sales of the soft drink, he is simultaneously promoting the NBA, strengthening the fans he already has as well as gaining some new fans in the process. He has become a successful basketball player to the point that he appeals to the masses of youth and older generations of basketball fans.
The National Collegiate Athletic Association coordinate with college and high school coaches to find excelling basketball players. The best of the best (about 2.9% of all high school basketball players) receive scholarships to play for a specific school. Similar to NBA games, most collegiate basketball games are televised events, allowing all fans of basketball or the particular school to keep up with their stats. Most players go on to higher education or directly into the workforce; only about 1.3% of senior NCAA players actually make it into the NBA.  Regardless of their future job, people playing basketball in their younger years will most likely make them continue to tune in and support their fans.
Basketball is highly promoted to the youth of our generation. Young children see these stars rise to fame and power, and want to be just like their idols. If they have enough drive, they will practice their craft, and refine it to be recognized by the NCAA and receive scholarships. If they do well enough, they have a chance of getting in the NBA, and playing with the greats. This dream resonates loudly within their spirits, as they participate in youth basketball, and watch their favorite players through a screen or in person. The select children that have been pruned and disciplined enough will make it to the NBA, and share their story to future children to inspire them to do the same.
So now you understand that America has a mega fan base for basketball, that the sport is heavily promoted to the youth, and that the organizations running and coordinating teams and tournaments is extremely wealthy and powerful.