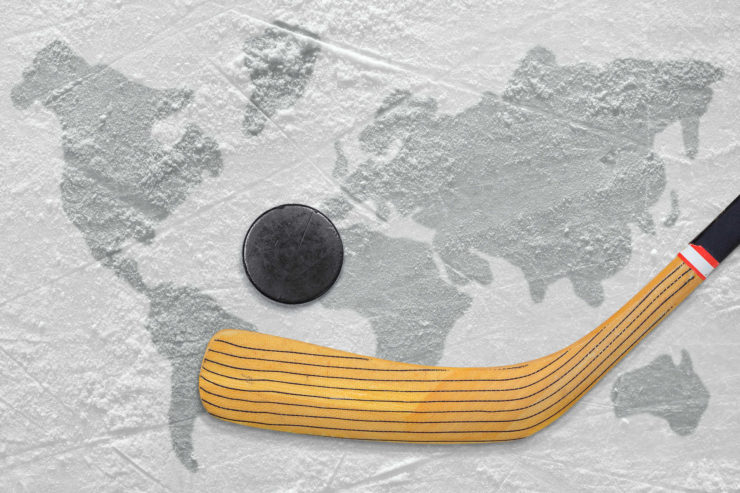 Of course, it wasn’t always like this. The words “ice hockey” have connotations of cold weather, with frozen lakes and perhaps a snow-covered landscape – Africa is the last place anyone would think of in reference to this sport. The sport originated in Montreal, Canada, in the 19th century, when the already centuries old stick-and-puck game of field hockey (otherwise known simply as “hockey”) was re-developed for play on an ice rink. The countries that dominate the professional ice hockey world – known as the “Big Six” – are Canada, the USA, Russia, Finland, Czechoslovakia, and Sweden. Ice hockey officially became a professional sport in 1910, when the National Hockey Association was formed.

When the first African ice hockey team was formed in South Africa, the sport was already well-established among the Big Six and it would struggle to gain popularity on African soil until in 1961, South Africa made their international debut in the World Ice Hockey Championships. They played against Yugoslavia and lost 12-3, but the African ice hockey community never gave up, and in recent years the sport has gained a sudden rush of increased popularity. An amateur ice hockey team from Kenya was formed when Ben Azegere, the current team captain, was inspired by videos he saw on Youtube of professional Canadian ice hockey players. Ben and his team eventually called themselves the Ice Lions.

The Ice Lions have made it their goal to compete professionally in the Winter Olympics by 2022. But being the only ice hockey team in Kenya, they had no one to play against for their practice sessions in the Panari Sky Centre ice rink in Nairobi, which is the only ice rink in the country. Just last year, Tim Hortons funded the team’s trip to Canada to play against another team for the first time. The trip was a dream come true for Ben and his teammates, as they got to meet their idols Nathan MacKinnon and Sidney Crosby. The Lions each received their own personalised green, black and red ice hockey jerseys, body pads and gear and the team played several games on the rink for a small crowd. Ben described the experience as a morale booster for the team, feeling that he was one step closer to achieving his dream. Following the life-changing experience in Canada, Ben and his team formed the Kenyan youth league of ice hockey and have begun work to make the sport accessible to the children and young people of Kenya. As unexpected as it is, it seems that there is indeed a bright future for the sport of ice hockey in Africa.