The woman of 1000 concerts : Céline Dion 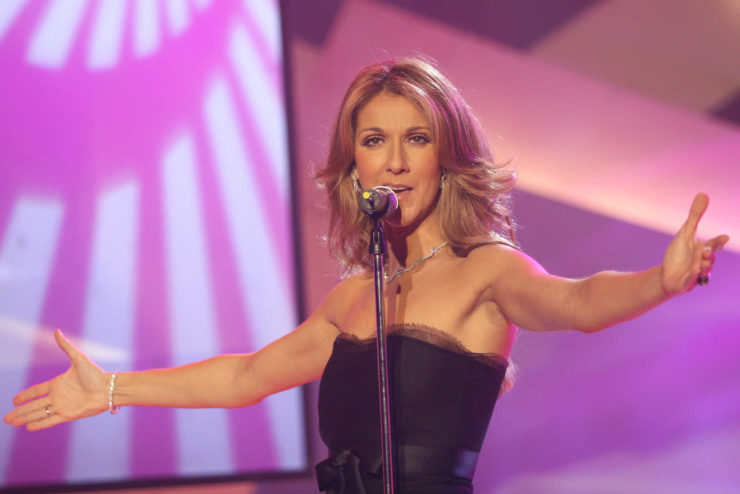 Céline Dion was born in Quebec in 1968 to a poor but happy French-Canadian family of 13 other children and her mother and father – Thérèse and Adhémar Dion. Music had always been a part of their lives; the whole family involved themselves in music as a regular and frequent pastime. The children loved to perform in a band with their parents and would “tour” around the area. Céline herself, described by her mother as her most exceptionally talented child, was named after the song “Céline”, which was written by Hugues Aufray. Not entirely unbeknownst to her mother, little Céline – who wrote her first song when she was only 12 years old – would grow up to become the Céline Dion, an international star.

After being discovered, the young starling performed on national television when she was as young as 14. She took a brief hiatus to perfect her English, and then re-emerged, polished and ready to figuratively carry the music world on her shoulders as the household name and voice of the time. She was signed to Sony, the same record label as Michael Jackson – which was fitting, as she had been inspired by him since she was a child.

Céline’s breakthrough into international stardom came when in 1991, Disney released their animated classic Beauty and the Beast, which featured Céline and Peabo Bryson duetting together in the title song “Beauty and the Beast”. She released several English and French albums which proved to be very popular all over the French and English speaking world; in 1994, her album Dion Chante Plamondon was released internationally, and her album Un garçon pas comme les autres received Gold certification as soon as it was released in Quebec.

Despite Céline’s success in English speaking regions, she has always maintained that she wishes to be true to her French roots. She refused to accept the English Artist of the Year award, openly and live on the air. Her decision to do so, like many of her decisions as an artist, was a gamble. It could potentially have alienated many of her international fans, but it served only to restore the closeness between her and her Québécois and French-Canadian fans. This time, like many others, was a testament to Céline’s integrity and sagacity that she demonstrated even at a young age; she was only 19 when she refused to accept the Félix award.

Céline’s husband and manager René Angélil created the Las Vegas show, A New Day, for the Caesar’s Palace Colosseum. Céline would have her own 4000-seat theatre dedicated to her residency in the Colosseum. The contract was meant to last for a minimum of 3 years, but the show sold out so often, that it continued for another two years. The tour ended in December 2007, and Céline returned to the Colosseum in late August of 2015. Tragic events in Céline’s life – the deaths of her husband and brother due to cancer – prompted her to cancel the remaining shows up until February of 2016. Her return to the stage was momentous; she was greeted by sold-out audiences of adoring fans and overwhelmingly positive reviews. Over the years that she has held her residency contract at the Colosseum, Céline has performed in over 1,100 concerts at that theatre alone; she has, and always will be celebrated as a highly influential and iconic figure in music.