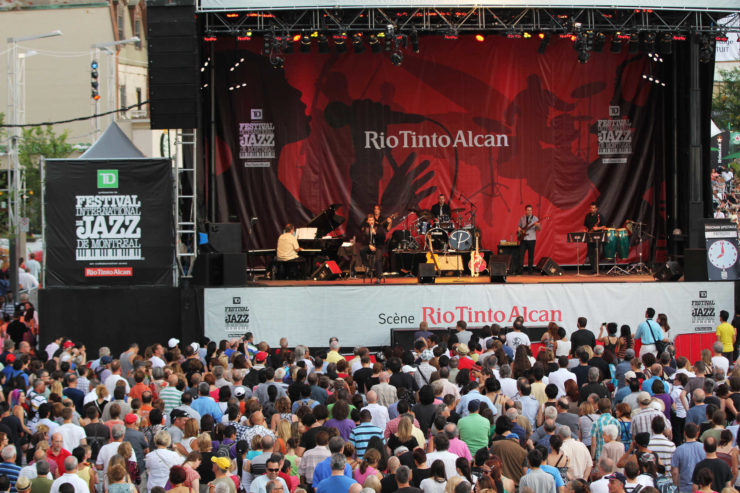 Every summer brings around 2.5 million people to the city of Montreal in Canada, united under their love for music. For most, the specific love is for jazz, as they all rush to get into the Montreal International Jazz Festival. Held annually in June since 1979, the festival brings over 3,000 artists to Canada. This celebration of music was the brainchild of talent manager Alain Simard and André Ménard. The two wanted to bring more American tourists to Montreal, but didn’t realize the true passion shared internationally for jazz music. The first application for land and funding for the festival was denied in 1978, but persistence prevailed for the two gentlemen. The first festival only lasted a few days, but still brought plenty of people. Large crowds gathered over the years, travelling from all around the world to hear the hundreds upon hundreds of concerts held over the course of eleven days. As predicted, most of the tourists were American or Canadian, but the amount of European visitors has increased over the course of each year. Over two-thirds of all the concerts are outdoors and free to attend for the public, excluding certain artists/ensembles. The festival even has a temporary radio station, playing jazz for two weeks before the festival to get all the patrons excited, and two weeks during the festival. Most of the downtown area is shut down because of traffic from tourists trying to make it to the concerts on time!

The popularity of the festival is also due in part to the diverse styles of music you can listen to. Jazz falls under many categories of music: blues, swing, latin, electronic are just a few categories. You’re bound to find something new and funky. If you’re looking for some big jazz names, Ella Fitzgerald, B.B King, and Ray Charles have performed here, along with the band Snarky Puppy more recently in 2018. In 2019, Pink Martini (a band with 1940’s and 1950’s cinema music style), the Joshua Redman Quartet, and Youn Sun Nah will be just a few artists performing. If you’re not a jazz-lover, that’s fine too. Practically every genre of music is available to you, including rock and pop. Norah Jones, Madeleine Peyroux, and artist RY X are scheduled to perform during the 2019 festival, as well as the killer guitar duo Rodrigo y Gabriela, and solo artist Colin James. Jazz is something to be experimented with, improvised, and experienced by an audience. You can listen to recordings of jazz music for hours and hours, but nothing compares to hearing the music be shaped live. What are you waiting for?