Didgeridoo was borned in Australia 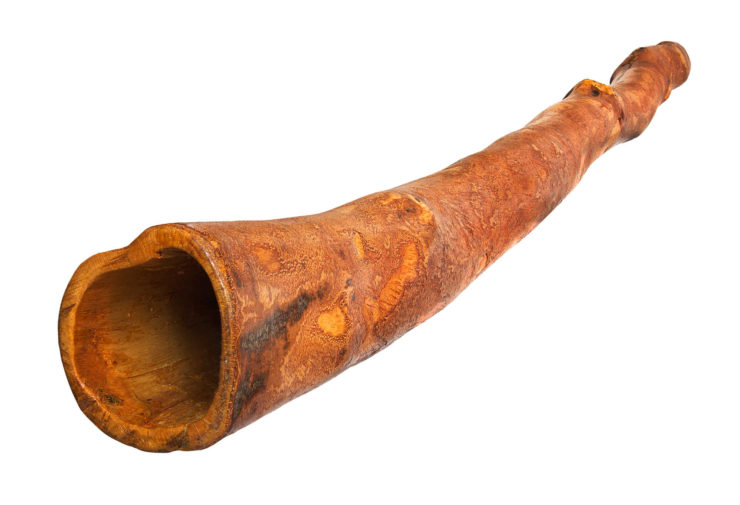 Possibly the oldest wind instrument known, the didgeridoo has had quite an impact on music of the past and present. Created by the indigenous people of Australia 1,500 years ago, the instrument is said to be the sound of the earth. According to their mythology, the gods crafted these instruments in the time before man, and the music that came from the didgeridoo, along with singing and dancing, was used to create and name all of the things in the universe. Interestingly, to play the instrument, one must be able to inhale at the same time as when they exhale, a technique known as circular breathing. Go ahead, try it. You’ll find that it’s much harder than it seems.

Traditionally, the didgeridoo has been used for religious ceremonies or for various entertainment. Skilled instrumentalists can mimic the sounds of animals while storytelling, and can put a smile on the face of dancers when celebrating. Today, there are musicians that dedicate their time to perfecting their art with the didgeridoo, including Mark Atkins and Djalu Gurruwiwi. The didgeridoo has also entered the world of Australian rock music. Singer Xavier Rudd is a popular artist in Australia and Canada, known for his combination of the didgeridoo, guitar, and percussion equipment. In his song, “Lioness Eye”, he uses the instrument along with his drum set to create a fast paced heavier rock song. Michel Portal and Wycliffe Jordan have even done the unthinkable and put the didgeridoo into jazz tracks. Artist Charles Bradley II has a jazz song called “Trinity Beach”. It starts off with a Latin-swing fusion feel, but when the didgeridoo comes in, a whole new aspect is introduced to the piece. The slightly ominous tones contrast with the upbeat and mysterious guitar, and it all works together. Modifications to the instrument have been made over the years to expand the dynamic range thanks to William Thoren. The deep tones given off from the instrument are helpful in meditative exercises and quelling anxiety. In contrast, it has been used to create an ominous, suspenseful feeling to listeners waiting for a jump scare in horror movies. John D Tredoux instills fear in the listeners with his song “Three”. The long, deep tones pull you in, seemingly warning you of something to come.

The instrument seems so simplistic and silly, but possesses a deep and affluent cultural background that has penetrated and changed music as we know it. Whether you listen to the didgeridoo regularly or not, now you can recognize the tones and have a deeper appreciation for them.