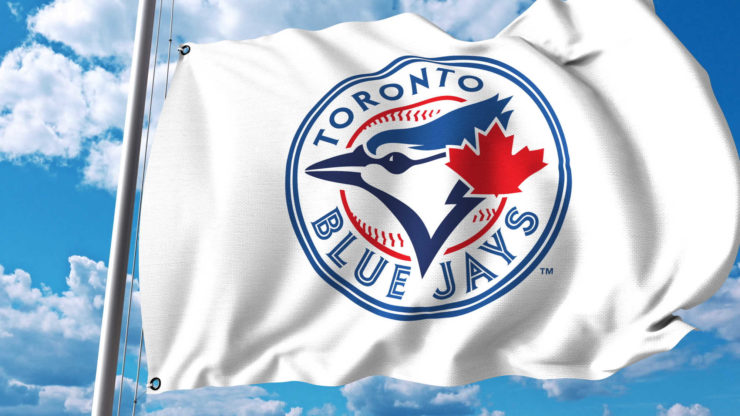 Ok, Blue Jays is a dedicated song for the Toronto Blue Jays baseball club. The song was first released in the year 1983 and magnificently charted 47TH ON RPM’S singles list. It is usually played in the home games. When the song plays, the cheerleaders usually lead fans in simple stretching activities like fist pumping and also clapping.

The blue jays baseball team has been known to be a professional competitive baseball team in the major league baseball. The blue jay’s nickname came as a result of more than 30,000 naming challenge which had a panel of 14 judges who selected ten finalists for the naming of the Toronto baseball team. Eventually, they concluded and settled for Blue Jays. The team produced a string of top-class performers over the years with well-known players such as M. Stroman, J. Donaldson, J.Bautista, R. Halladay and among several others.

The Toronto Blue Jays current stadium is known as Rogers center, which is their current habitat, they had previously reallocated from exhibition stadium back in 1989 and moved to Sky Dome that same year, then at Sky dome, they stayed up to the year 2006. The present owner of the club since the year 2000 to present is Rogers Communications. The owners have facilitated the Blue Jays to have an outstanding reputation and they also have achieved the financial might to compete with the best MLS clubs out there. The club has enormous players such as Roy Halladay, Joe Carter, Josh Donaldson, George Bell and Roger Clemens who have given absolutely everything for the club.

The Toronto based baseball outfit has done magnificently on the grandest of stages which have seen them scoop the World Series championship back to back in 1992 and 1993 respectively. In 92, that was their breakthrough season when they won their first ever American championship when they defeated Oaklands A’s. They also caught the limelight again by becoming the first team outside the United States to capture the world series by hammering the Atlanta Braves in what was a memorable six-game series. They further repeated their achievement and won the American league championship again in 1993 regardless of the changes in personnel. The blue jays drabbed Chicago White Sox in the American championship series in six games.

Since those magnificent championship achievements, the team has slightly seemed to lose its way in the game, but in 2014, the Toronto Blue Jays improved on their repeated run of under-per results and finished third in their division with 83 wins to 79 losses and have since then improved remarkably. The Blue Jays have their history in the game which has seen them claim 6 east division titles, 2 American league pennant titles, and 2 world series titles.

They have also scooped some great individual rewards among their ranks with George Bell and Josh Donaldson winning the most valuable player awards in 1987 and 2015 respectively. The song has always driven the inner passion amongst the members of the Blue Jays Fraternity.