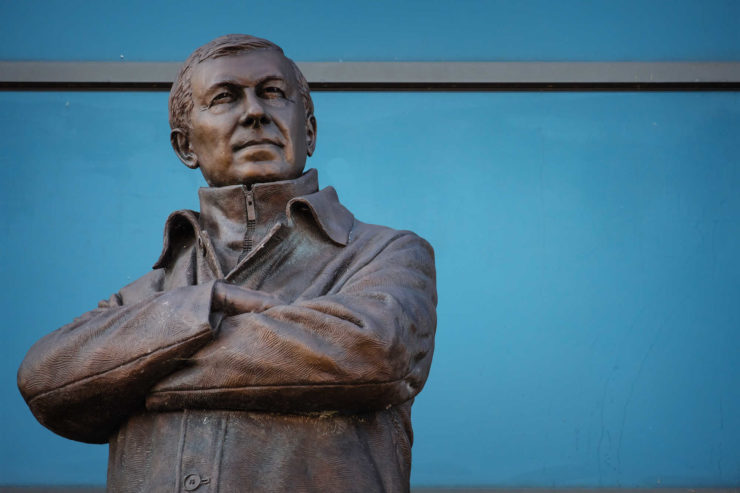 Regarded as the greatest football manager in the entire British history, Sir Alex Fergusson really stamped a strong reputation and importance to the footballing world in his time with Manchester United. The Scottish born master tactician began his career in his home country at St Mirren where he transformed a regular second division team into the 1977 first division champions. The gaffer himself, then impressed further at Aberdeen where he guided the club to three top-flight titles, a remarkable four Scottish cups and also triumphed in the UEFA cup winners cup alongside UEFA Supercup for the European major honors.

When Fergusson joined United, his incredible management talent was evident in the systems he implemented at Manchester United, it did not take long before winning his first ever trophy with United when he won the FA cup in 1990 and also snatched another UEFA cup winners cup together with another UEFA Supercup to his growing collection of silverware. That was the fire that burnt in Sir Alex Ferguson’s eyes, that desire and talent to explore and also win more. The man himself had started to assemble a well-oiled winning machine and it was not until the premier league season of 1992/93 did Sir Alex end a 26 year wait period for a top-flight title.

Fergusson was highly rated as a Manchester United football manager by carefully assembling a group of young youths like the famous class of 92 which blossomed some talented youth graduates with the likes of Ryan gigs, Paul Scholes, the Neville brothers, Nicky butt and the famous David Beckham. That class of 92 saw Fergusson harness uncountable trophies over the decade in which the squad was at its prime. A memorable occasion under Fergusson’s error was the classic champions league encounter with Bayern Munich at camp nou, Barcelona. Fergusson’s men staged a dramatic late charge for a comeback after conceding earlier on in the finals. Goals from Teddy Sheringham and Ole Gunnar Solskjaer saw then become the first English team to win the treble in a single season.

Fergusson had that eagle eye for fresh young talent and always enjoyed promoting the youths and also introduce the aspiring young players to the first team gradually. Fergusson did see him correctly find one the fiercest attacking talents in world football when he brought in Cristiano Ronaldo and Wayne Rooney, the pair stormed Europe by surprise and went on to become one of the best attacking forwards of this century with the help of the experienced coach. Fergusson later on in 2008 found himself involved in another UEFA champions league final which he won at the expense of a fellow league club, Chelsea. After some marvelous maverick and audacious balance of attractive, entertaining and attacking football being displayed by the men from the theatre of dreams, Fergusson deservedly clinched manager of the year at the 2012 awards in Zurich.

He was a respected Manchester United manager due to the fact that he led the club to lift more than 30 trophies during his tenure. He became one of the longest-serving football managers. Staying approximately 27 years at Old Trafford. The man himself is the guy behind the modern giant club which is considered as the biggest club in the world.