Get adrenaline by being a fan 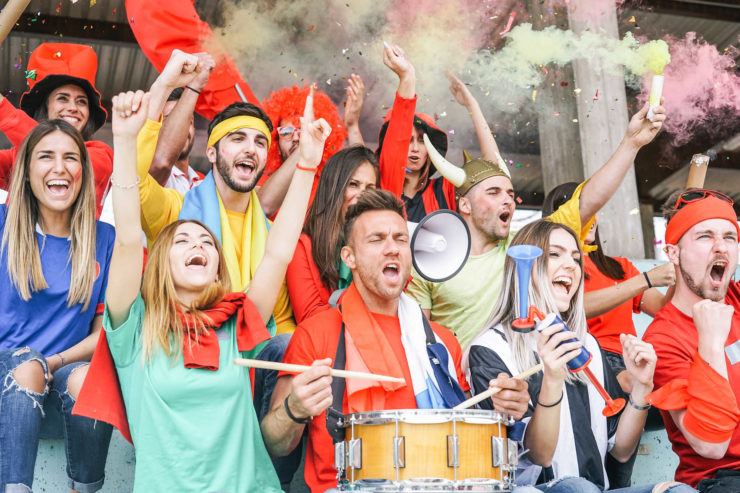 Picture this: you’re on the edge of your seat, watching the timer tick down in the stadium. You’ve been waiting all day for this moment, and you’re finally here, viewing it all live, and not through a technology screen. Excitement bubbles from your head to your toes as upbeat music plays all around you. As it dies down, suddenly, you find yourself standing, screaming and overloaded with joy just like everyone else in the crowd!

But where are you? The answer depends on your imagination. Perhaps you smelled the beer, hotdogs, and peanuts and found yourself at the big game. Maybe you were decked out in glow sticks and screaming lyrics to a song as your favorite band performed on stage. The two options seem very different, but they share a connection: our love, and the adrenaline rush we get from them.

It is an understatement to say that sports have “a lot” of fans. According to WorldAtlas.com, the most popular sport around the world is association football (or soccer), with a whopping 4 billion fans as of 2018.  We show our support for our favorite teams by tuning in, going to the actual games, and by purchasing memorabilia. Americans alone spent $56 billion dollars on sporting events as found by a survey on CreditCard.com. The numbers go up as you add more and more countries. Athletes have used their platform to expand to many other industries. Association football player Cristiano Ronaldo has used his fame to open a men and boy’s fashion line called CR7. He keeps his fans on his toes with his fancy footwork and denim jeans.

Music, in the same regard as sports, has popularized over centuries. It has evolved into multiple genres, from classical, to blues, to jazz, the doo-whoops, all the way until we reached rock n roll. From there, it expanded further, into alternative rock, metal, and into the pop artists and bands that we know and love. Drake, Ariana Grande, and Post Malone are just a few of those artists, and each have huge followings on social media and on music-streaming apps. Drake was the most-streamed artist of 2018 for Spotify, racking in 8.2 million views. Ariana Grande’s smash single “Thank u next” brought in 93.8 million views on Youtube in just one week, and the total views have just hit 318 million after being uploaded in November of 2018. She is among many popular artists who have been able to create catchy tunes that appeal to the masses.

Regardless of which you prefer more, we all derive joy and satisfaction in watching our idols perform for us on screen and in real life. You don’t have to be athletically or musically inclined in order to appreciate sports or music, and enjoy simply being a fan.