ATP and WTA rankings for dummies 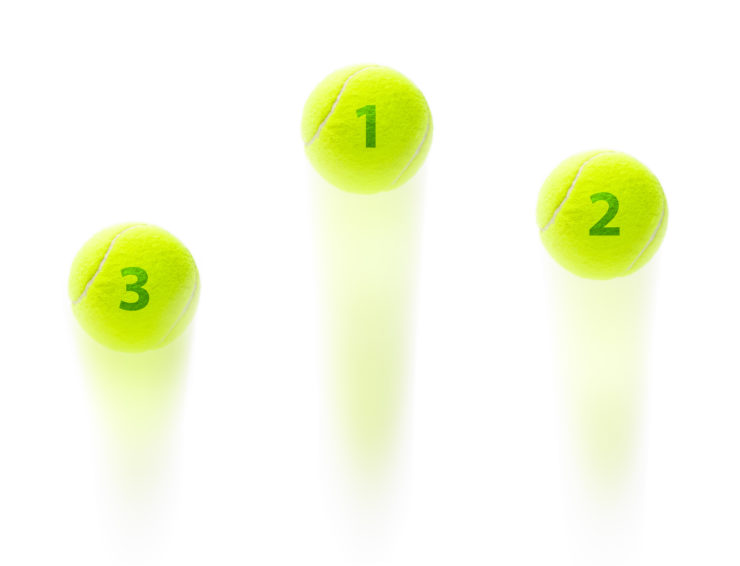 Tennis seems like a relatively simple sport when you watch it, but you may be a bit confused when you see your favorite players with different ranking scores. Today, you’ll understand a bit more about the sport and what WTA and ATP rankings are.

The WTA stands for “ Women’s Tennis Association”, and as you can guess, ranks all the professional women of the tennis world. The score is based off overall tournament placings at the end of each match. Of course, winning matches would increase the amount of points awarded for participating in tournaments as they would increase the ranking of a player as she advances towards the Finals. Only a maximum of 11 doubles matches and 16 single matches can be calculated, and the score only lasts for 52 weeks (52 weeks is just a fancy way of saying that every year a tennis player gets a new WTA score). Tennis players who want to qualify for this ranking also have to participate in specific events, including 4 Grand Slams, 4 Premier Mandatory tournaments and the WTA Finals.These events earn professionals a lot of points, especially winning a Grand Slam, awarding the player 2000 points if she manages to for singles or doubles. Even being a Finalist and not winning the Grand Slam awards the player 1300 points for singles or doubles. It is extremely difficult for a professional to simply qualify for the Grand Slam, whether they’re playing singles or doubles, which is why those points are the highest one can earn. All these points are tallied, and compared to other players’ scores. Then, they are ranked from the most amount of points earned to the least.

The ATP stands for “Association of Tennis Players”, and despite the name seeming to be gender-neutral, this association ranks men. Similar to the WTA, the ATP awards points to players based on placings at the end of each tournament, with higher points awarded to the winners of each. 2000 points go to the winner of the Grand Slam, boosting the points and inevitably rankings of the player for singles or doubles. A total of 19 tournaments are utilized to award points and form this ranking.  The player must participate in 4 Grand Slam tournaments, 9 ATP World Masters 1000 tournaments; these give the players the highest amount of points based on their rankings. Differing from the WTA rankings, the ATP takes the 6 best placements from non-mandatory tours and appropriately awards them points. This includes the ATP World Tour 500, ATP World Tour 250, the ATP Challenger Tour, Future Series, and the Davis Cup. Again, points are added together, compared to other players’ amount of points, and are ranked from highest to lowest..

Being in the top 10 of the WTA or the ATP is a huge honor for tennis players, as they prove that they are the best in the world. Hopefully, you are more confident (and more excited) to know about these rankings the next time you watch tennis.