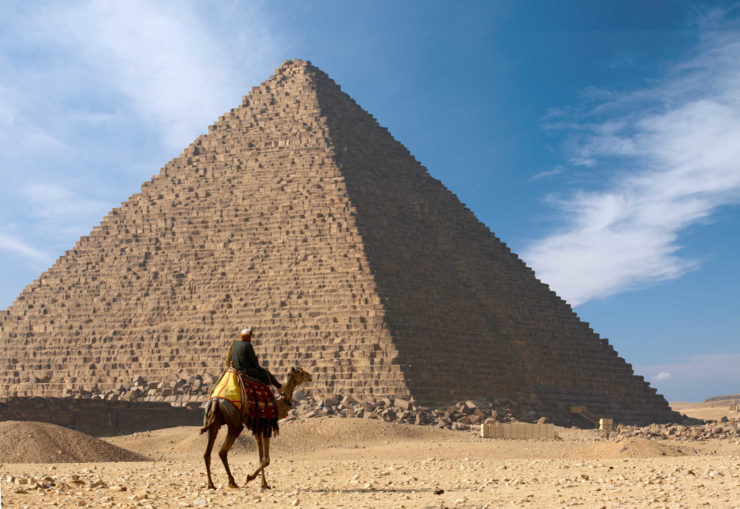 The mighty pharaohs of Egypt expected to become gods in their afterlives according to the rich culture which dates way back in the past, by way back just rewind about 4500 years ago!
Through some entitled work of architecture in the early days, the North African country remains an amazing location to the famous Great Pyramid of Giza. Initially built to endure eternity, it still remains as a defining symbol in Egypt and also considered as one of the very last ancient structures that complete the seven wonders of the world.
Acting as a true fashionable relic, the great pyramid of Giza which is also referred to as the pyramid of Khufu was well put into place through a period of 20 years of total hard work and dedication near the modern city of Cairo in which the magnificent pyramid is located on the Giza Plateau. The pyramid was built in the time which Cheops or the famous king Khufu of the 4 th dynasty was in ruling, that was between the year 2589-2566 BCE. An outstanding feature that has made the great pyramid of Giza to remain outstandingly unique among the records is that not until the Eiffel tower was created, the great pyramid of Giza was the tallest structure made by human hands in the entire globe for over 3000 years.
The pyramid is quite incredible, tourists flock by to witness the work of the ancient Egyptians. The great pyramid of Giza rises to a height of 479 feet, that is approximately 146 meters high, it also has a base of 230 meters (754 feet) and is relatively comprised of over two million blocks of stone. The funny fact about the stones used to assemble the structure is that some of them, especially those found in the Kings chamber are so heavy that they can barely be lifted yet they were positioned high and at different angles. In fact, each Tura Limestone block was quarried across the river and each stone particularly the ones used in the king’s chamber weigh at around 25-80 tones. Wow!
When you opt to visit this great pyramid of Giza, you’ll find that the original entrance to the pyramid is on the northern side and is 17 meters vertically above the ground level and also 7.29 east of the considered center line of the famous Khufu’s pyramid. The Giza pyramid also includes a queen’s chamber in which it was designed with specific measurements and unique materials to facilitate the queen’s godly wellness.
It has always been crystal clear that the Giza pyramid has impacted a lot especially in the Egyptian culture and also the economy, it remains a legendary piece of continental attraction which cannot be matched. The pyramid was built to provide that natural sense of eternity for the pharaohs, then there is no sense of shyness in the Monument itself, it checks a box in the 7 wonders of the world, the Tura Limestone blocks were also constructed to endure eternity and most importantly, the Great Pyramid of Giza has created an eternal legacy for the coming generations to always see and admire the Mercurial piece of ancient top class architecture. 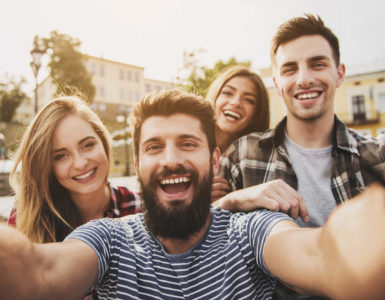 Happiness is relative, but when it’s said that a country is the happiest in the world, therefore most of its citizens are really happy. They don’t need to showcase their happiness in the streets by smiling always or... 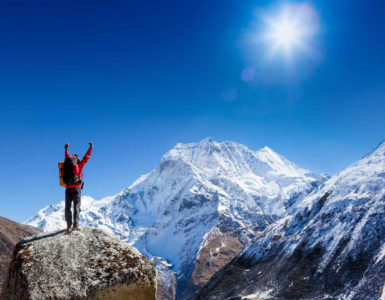 The mountaineering challenge of the Seven Summits

Forget skydiving with your pals and testing your steel upon heights, or maybe just even forget that summer trip to Ibiza. Ever since Texas oil tycoon, Dick Bass made history and reached the summit of the ever-amazing Mt...